We all that know the Victorians were a bunch of uptight prudes. In the late-19th century, women weren’t even allowed to vote, so how enlightened could they really be? People back then probably got arrested at the beach for showing their knees, right? Actually, while the Victorians—like everybody before and since—had their hangups, their all-too-human sexuality tended to come out in ways that modern people find really bizarre. For example:

Gentlemen Never Took Off Their Coats Around Ladies; Totally Got Naked With Each Other

Have you ever noticed how, in nearly every picture from the Victorian age, the men are all wearing jackets and coats? This is especially the case when the picture is of men posing in the presence of ladies. The reason is simple: B.O. In an age when hygiene was largely optional and bathing every day was in the domain of obsessive-compulsives, some kind of stink-control mechanism was sorely needed, and that mechanism was an elaborate social etiquette governing the exact protocol for when and where to cover up the stank. To quote a couple of rules from one website dedicated to all things Victorian, a gentleman:

“Should never remove his coat while standing, sitting, riding, or walking with a lady.

Shall never ask a lady to dance if he has his coat removed.”

Given how uptight these people were about armpits, you could assume that they had a similar attitude toward butts. But you would be wrong. Victorian men and women may have undressed behind screens rather than in front of their spouses, but all bets were off, apparently, at the beach, where just about everybody went fully nude.

Here’s a Victorian minister of the freaking church complaining in 1873 about all the prudes who keep trying to bum him out whenever he goes for naked strolls on the beach:“[He complains about] the detestable custom of bathing drawers that are now becoming de rigeur.”

“The young ladies strolling near seemed to have no objection.”

Prostitution Was Okay; Being Gay Got You Killed (Unless You Were A Lesbian)

See if this sounds familiar: temperance crusaders, concerned about the moral and spiritual toll of prostitution, campaigned to close the brothels. Once the brothels were closed, the nearly 9,000 prostitutes in town were turned out onto the streets to fend for themselves, whereupon the respectable people became concerned about the even-worse conditions of these women and started rounding them up for “health inspections” and job training in the exciting career field of scullery maid.

Also—Victorian men were totally still paying for prostitutes like, all the time, and Victorian law didn’t allow women to get divorced for adultery unless cruelty could be proven in court.

One form of sexual release from which Victorian men were absolutely forbidden, however, was homosexuality. The attitude here was so inflexible (rigid? turgid? stiff?) that even Oscar Wilde got caught up in the witch-hunt mentality and . . . okay, he totally was gay, but still—the judge who sentenced him and his boyfriend to two years’ hard labor for lewdness complained about not being able to sentence them to more than that. When Wilde asked to speak at his sentencing, no doubt having rehearsed a few witticisms the night before, he was drowned out by the audience shouting “shame!”

The Victorian attitude toward homosexuality was so fierce (rough? violent? strapping?) that it had a curious effect: so few people were willing to consider even the existence of the lesbian that more than a few of them managed to live their whole adult lives openly with women. These “Boston marriages” weren’t explicitly sexual, of course, but considering what happened to Oscar Wilde that was probably for the best.

Kids Were Forbidden To Touch Themselves; Were Allowed To Pose Nude For Creepy “Uncles”

Okay, let’s wrap this up with a quick game of “Spot the Bigger Weirdo.”

Honestly, a lot has been read into Dodgson’s hobby of taking pictures of young girls that probably wasn’t there. Dodgson was close with the Liddell family, after all, and the girls’ parents were generally present for the photography sessions. But in a way, that makes it even stranger. It’s an odd reflection on Victorian sexual mores that this picture was taken with parental consent:

Women Were Expected To Procreate Regularly; Sex Was Publicly Discouraged 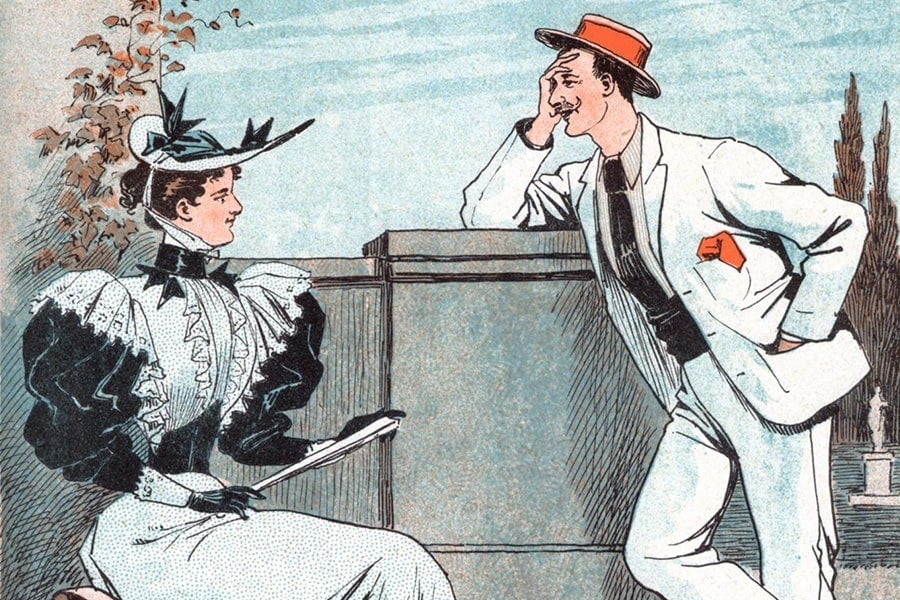 In the Victorian era, motherhood was often thought to be the highest purpose a woman could fulfill. In marriage, for example, women were required to produce heirs — but sexual intercourse for any other reason than to induce pregnancy was considered immoral.

Victorians believed that men were naturally preoccupied with sex, but that it was the wife’s job to prevent sexual activity. Women were supposed to be guided by their maternal instincts, not their sexual desires.

To this end, the book Sex Tips for Husbands and Wives, published in 1894, illuminated some guiding principles to help married couples manage their sex lives.

Symthers herself found passion between a husband and wife abhorrent as well. She instructed women to “turn her head slightly so that the kiss falls harmlessly on her cheek instead” if their husbands try to kiss them on the mouth, and to “never allow her husband to see her unclothed body.”

Fear of women’s sexuality sometimes took a sinister turn: Doctors would perform a “clitoridectomy” on women who had epilepsy or showed signs of insanity and hysteria. Doctors believed the procedure would cure the diseases because it relieved women of sexual desire.

The Age Of Consent Was Just Ten; Children Received No Sex Education 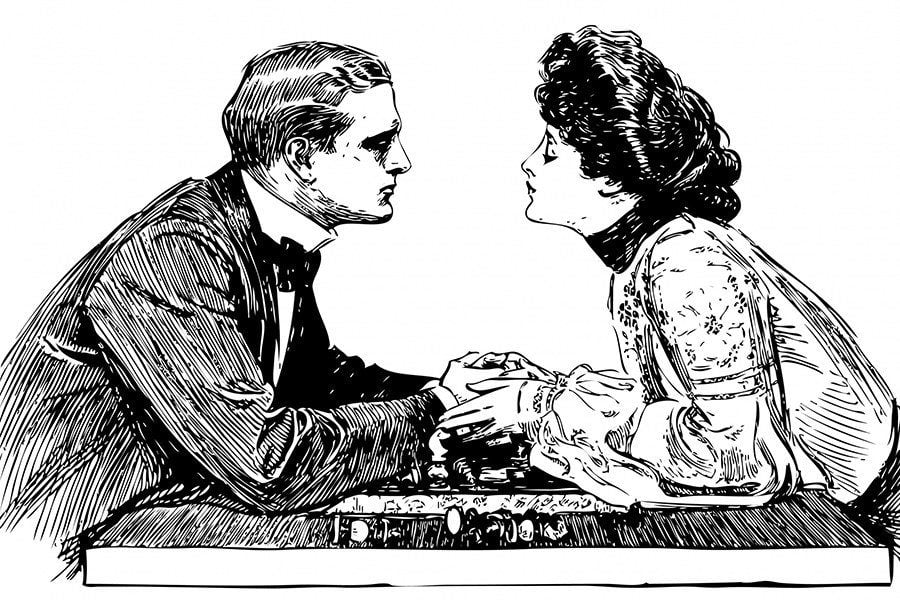 It’s only slightly reassuring that the Victorians eventually wised up and rescued adolescents — especially young girls — from predators, because the Victorians provided zero sex-ed to the adolescents and teenagers they were letting have sex and get married.

For example, the Mosher Survey, which recorded the sexual attitudes of a group of Victorian women, reported that some women learned about sex just by “watching farm animals.”

The Woman’s Medical Companion, published in 1880, claimed to be a comprehensive guide to female health and anatomy. However, the book’s author, Frederick Garbitt, only mentions the female genitalia in the context of childbirth, and gave no information on sex or practical advice on how to maintain the health of the reproductive system outside of pregnancy.

And texts like these were simply par for the course in Victorian England.