If you want to see images of the human body pushed to its breaking point and beyond, become a radiologist. After all, every harrowing ER trip involving bizarre objects that find their way into the body is documented in X-rays. And naturally, some of those images are pretty freaky.

Here’s a collection of the most supremely weird and funny X-ray images you’re ever likely to see: 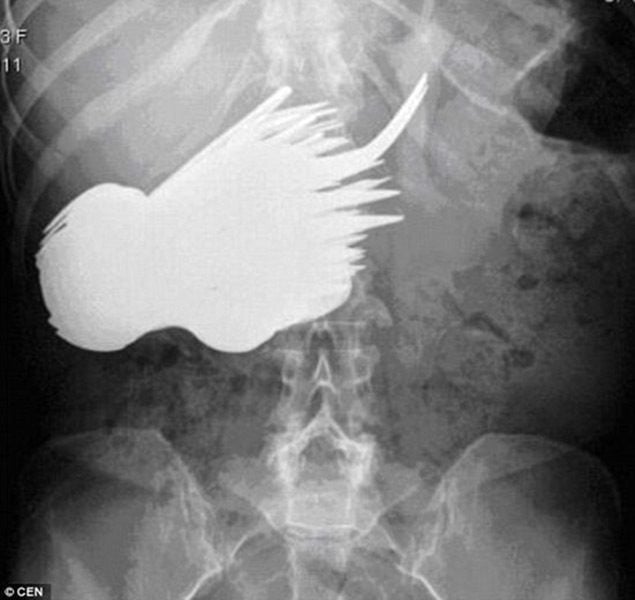 52-year-old Margaret Daalman, whose x ray is above, swallowed 78 pieces of cutlery. 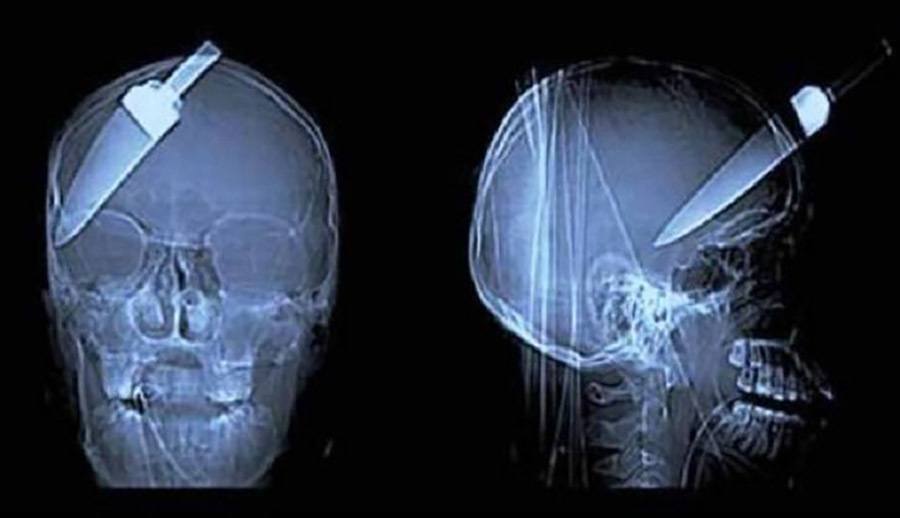 This knife lodged in a skull was the result of a 2008 robbery gone wrong. 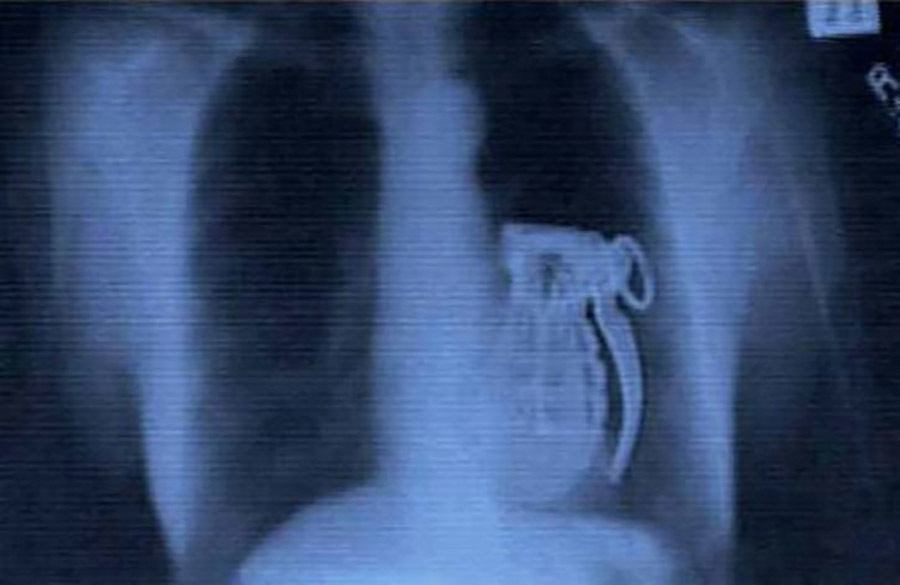 This grenade is live, reportedly swallowed by a terrorist who realized too late that the grenade couldn’t be detonated from inside a stomach.

The History Of “Female Hysteria” And The Sex Toys Used...