From the royal courts of Renaissance Europe to the rock stars of the ’60s, these famous cases of incest will make your skin crawl.

Taboos are rarely black and white. While one person or group may consider a certain act socially unacceptable or downright immoral, another may see it simply as a part of life. Incest, for one, has long remained one of the world’s most unmentionable taboos.Nevertheless, some especially interesting cases of famous incest—from the royal families of Ancient Egypt to celebrities of the 20th century—demonstrate that there always have been and always will be people willing to climb the family tree to reach forbidden fruit. 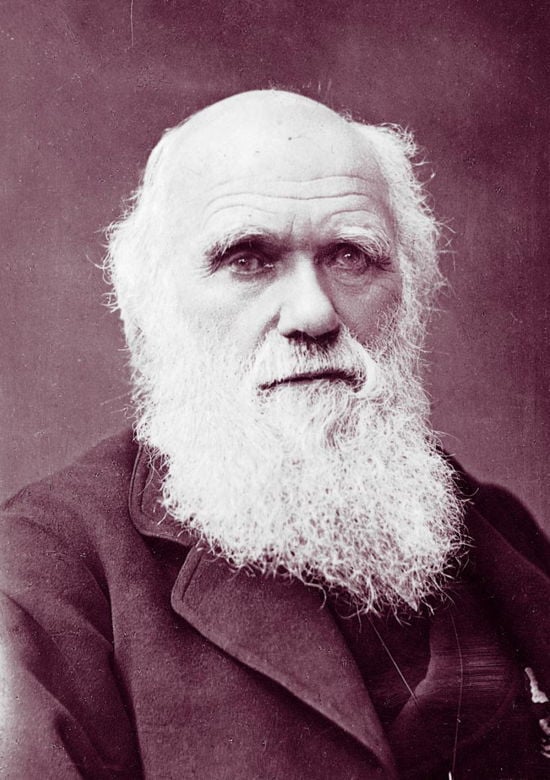 Charles Darwin was the father of evolution, author of On the Origin of Species, and a faithful husband to Emma Wedgwood Darwin, his first cousin.

Together, the couple had ten children, three of which died at a young age. Of the seven children that lived, three were infertile (Darwin thoroughly recorded the status of his health and the health of his family).

When his children fell ill, he referred to his writings of inbred plants, and feared his children inherited weaknesses due to the past incest between his and Emma’s families.

Researchers looked at four generations of Darwin and Wedgwood families and discovered many consanguineous marriages on both sides. As Darwin feared, the similarity between the Wedgwood and Darwin genetic lines contributed to his children’s health issues. 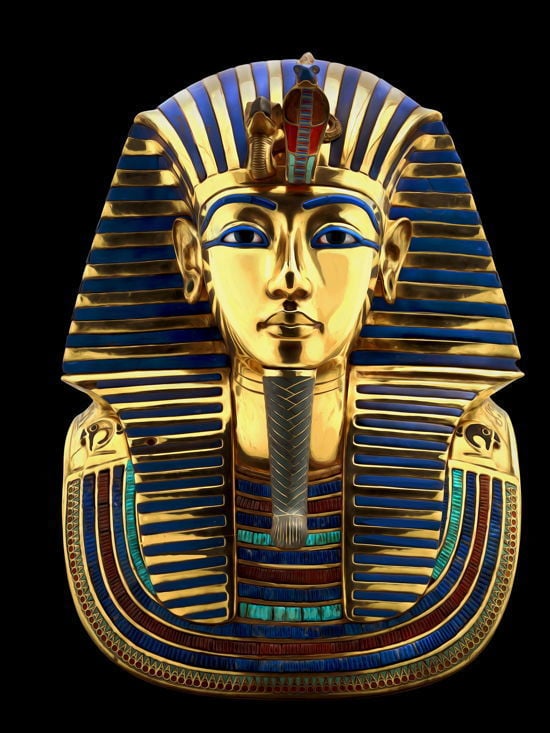 When the tomb of King Tutankhamun–likely the most widely known figure in the history of ancient Egypt–was discovered in 1922, extensive press coverage made the handsome, shining likeness of the pharaoh’s face, featured on his sarcophagus, internationally famous.

Until recently, Tutankhamun’s cause of death had been a mystery. Historians speculated that his short life might have ended in a tragic chariot accident or even murder, but recent scientific research claims otherwise.

A virtual autopsy, using more than 2,000 scans of Tutankhamun’s mummy, reveal a more accurate image of the 19-year-old’s body.

One of the virtual autopsy scans of Tutankhamun’s body. Image Source: Express

Despite his iconography, wide feminine hips, a pronounced overbite, and a clubfoot are some of Tutankhamun’s actual physical features. The cause? DNA analysis reveals that he was the product of incest. Because of this, he also suffered from temporal lobe epilepsy, malaria, and the extremely painful Kohler disease—all of which may have ultimately led to his death.

Incest was encouraged within the Egyptian royal families to maintain purity within the bloodline. As the evidence shows, the congenital side effects of incest can be devastating.

Further proof: Tutanhkamun was himself in an incestuous marriage with his half-sister Ankhesenamun. She bore two stillborn daughters. 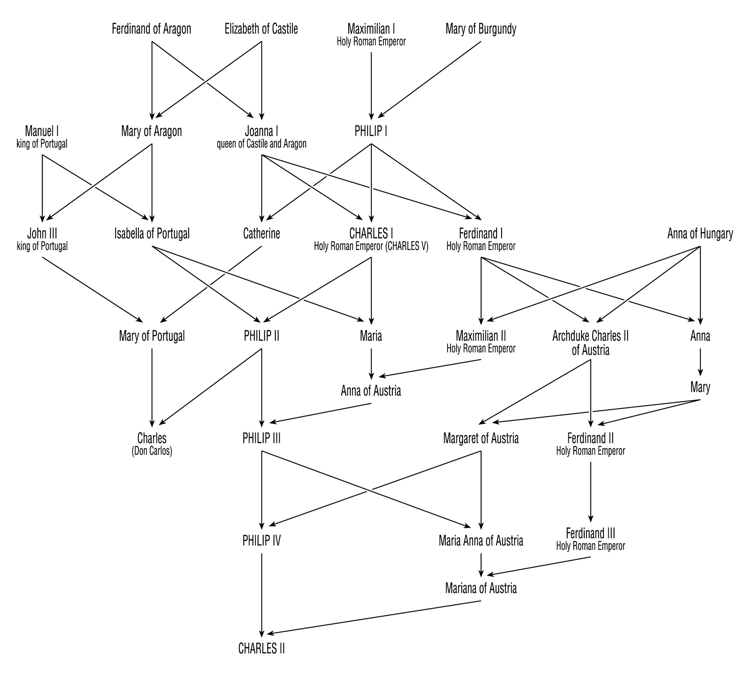 A portion of the Habsburg Family Tree. Image Source: ScienceBlogs

The Habsburg Dynasty was a dominant royal house across all of Europe for many centuries. In addition to ruling Austria for more than six centuries, royal marriages extended their power to Bohemia, Hungary, and even Spain.

The enormous family branched off in many directions. Eventually, it got to a point where their strategic marriages would not increase their power, considering they already ruled most of the major courts in Europe.

It finally came to a point in the late 16th century where the only monarchs left to marry were other Habsburgs. Thus, records indicate rampant incest through most of the Habsburgs’ 200-year reign of Spain in the 16th and 17th centuries. 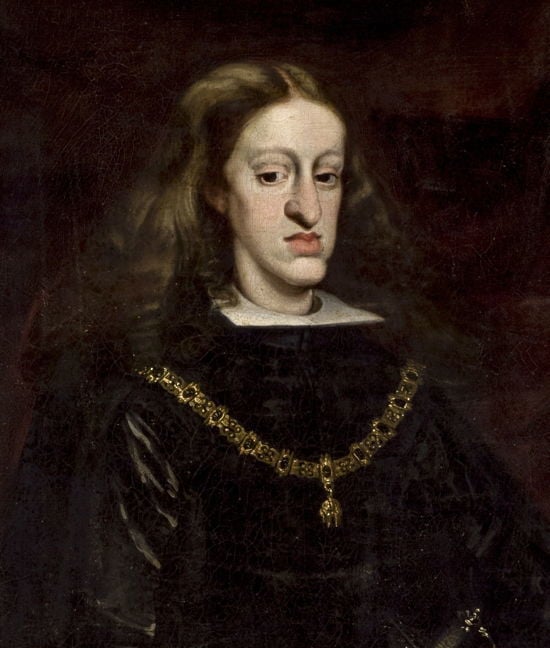 The powerful Habsburg dynasty finally crumbled in 1700 when King Charles II died with no heirs to take the throne. After generations of inbreeding, historians suggest Charles II was infertile due to congenital deformations, leading to the extinction of the Habsburg bloodline. 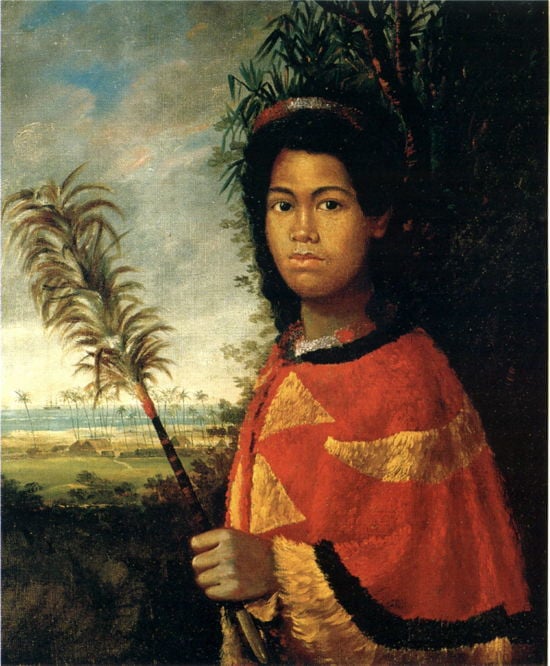 Born in 1815, Princess Nahienaena of Hawaii was thrown into power during a period of major transition. As Christian missionaries gained influence throughout Hawaii, traditional Hawaiian chiefs stayed true to their beliefs.

Nahienaena’s mother, Keopuolani, King Kamehameha’s highest-ranking wife, brought up Nahienaena as a Christian. But with the conflict of interest between the Hawaiian chiefs and the Christian missionaries, Princess Nahienaena became the rope in a game of tug-of-war.

Incest was not so uncommon among Hawaiian royalty, especially between brothers and sisters. In fact, the chiefs often demanded it. Nahienaena, for one, married her brother, in 1834. Outraged, the Christians and converted Hawaiians rejected Nahienaena, making her an outcast.

Nahienaena, torn between the church and the love for her brother, asked the missionaries for forgiveness. In 1835, she married outside the family, to Chief Kalanimoku’s son, Leileiohoku. 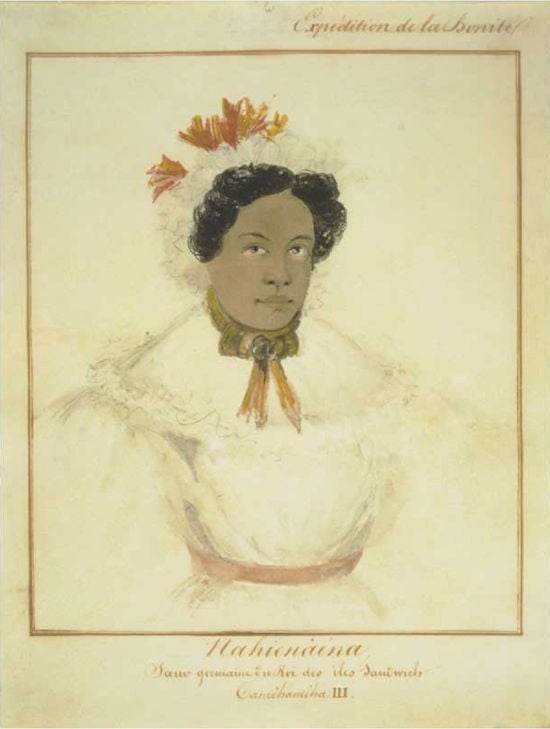 By all accounts, while Nahienaena loved Leileiohoku, she still held strong feelings for her brother. Nahienaena’s attempt to rectify the situation was too late—she became pregnant, and her brother announced that the child was his.

Once again, Nahienaena was shunned, living in isolation until her daughter was born. The child died just hours after delivery and Nahienaena lived the short remainder of her life in guilt, dying herself on December 30th, 1836. 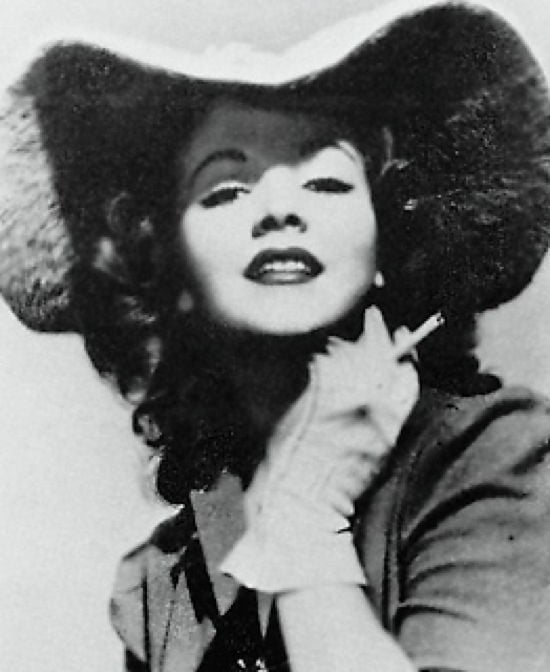 Born in 1922, wealthy American socialite Barbara Daly Baekeland‘s modeling photos graced the pages of Vogue and Harper’s Bazaar. But while these images portrayed perfection, beneath the surface, Baekeland was suffering from severe mental instability.

Baekeland and her husband, Brooks, lived in extravagance: lavish parties, excessive drinking, and extramarital affairs from both sides. Brooks eventually grew tired of Barbara’s unstable personality, rude outbursts, and frequent suicide attempts. Brooks filed for divorce and their son, Antony, moved in with his mother.

Antony, like his mother, suffered from several mental illnesses, including schizophrenia. By the time Antony was 20, Barbara had heard from a friend that her son was romantically involved with a bisexual man named Jake Cooper. 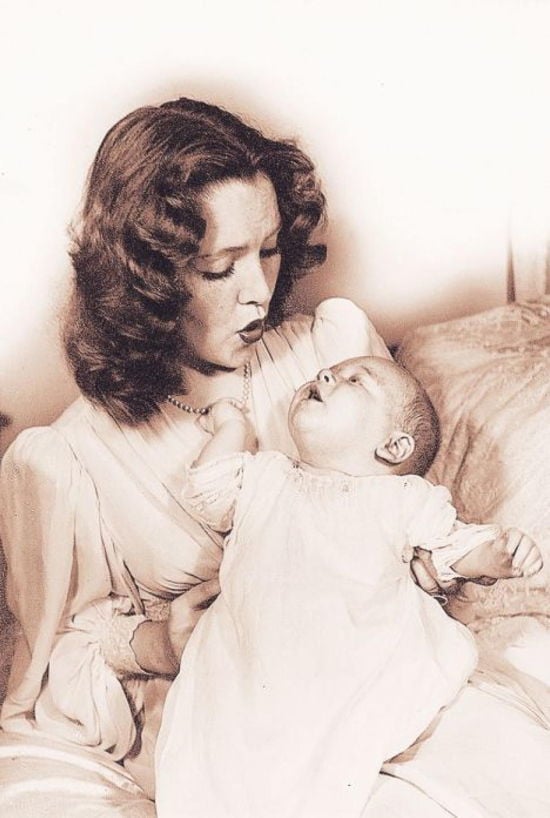 In an attempt to “fix” her son, Barbara would hire prostitutes to coerce Antony into having sex. After many failed attempts, Barbara took matters into her own hands, allegedly manipulating her son into having sex with her in a desperate attempt to “cure” him.

But, tragically, unlike other cases of famous incest, this one ended in murder. On November 17, 1972, 25-year-old Antony killed his mother with a kitchen knife. When police arrived at the scene, Antony was ordering Chinese food. After his release from prison, Antony nearly stabbed his grandmother to death. 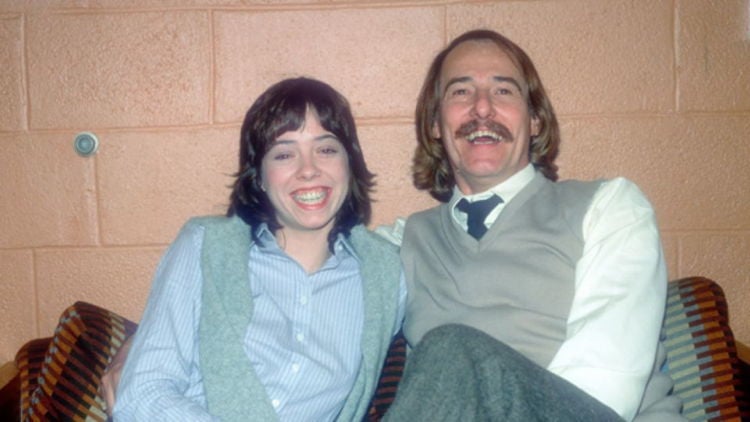 Legendary American folk-rock group The Mamas & The Papas were icons of the 1960s. Their chart-topping hits “California Dreamin’” and “Monday Monday” still play on the radio to this day.

John Phillips was the leader of the group and composed a majority of their vocal arrangements. He was idolized by many and maintained a charming public image throughout his career. 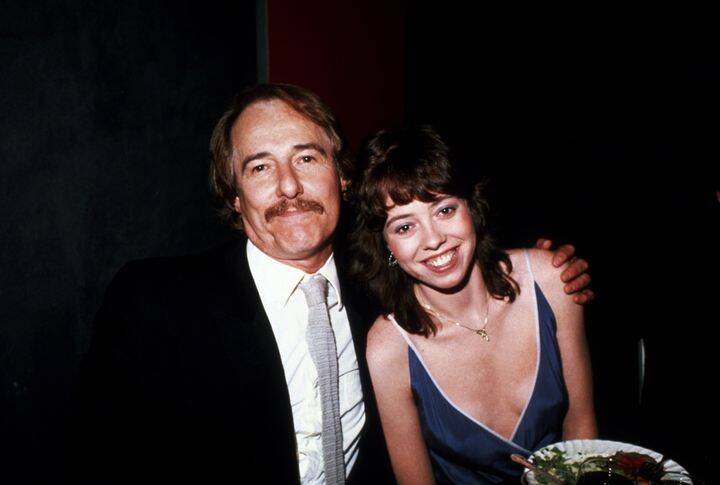 John and Mackenzie Phillips pose together in 1981, a few years after their sexual relationship reportedly began.

However, in 2009, nearly a decade after Phillips had passed away, his daughter, Mackenzie, went public with tales of the incestuous relationship between her and her father that began when she was just 19 years old.

On the eve of her first marriage, Mackenzie and John partook in a serious narcotics binge and Mackenzie blacked out. Mackenzie allegedly woke up to her father having sex with her, and the drug-induced affair carried on for ten years. 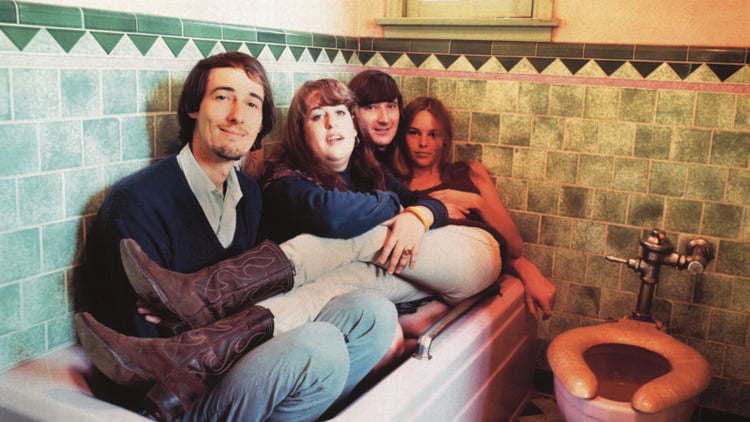 The relationship ended when Mackenzie became pregnant and feared that John was the father of her child. In her book High on Arrival, she states that her father paid for the abortion and the incestuous relationship finally came to an end.

Louise Turpin: The Mother Who Kept Her 13 Children Captive...

Insane, Unsound, And Just Plain Stupid: The 2018 Darwin Awards
Back to
log in
×