A cat was arrested, booked and had its mugshot taken by Thai police after it was caught breaking the nationwide curfew put in place over coronavirus fears. 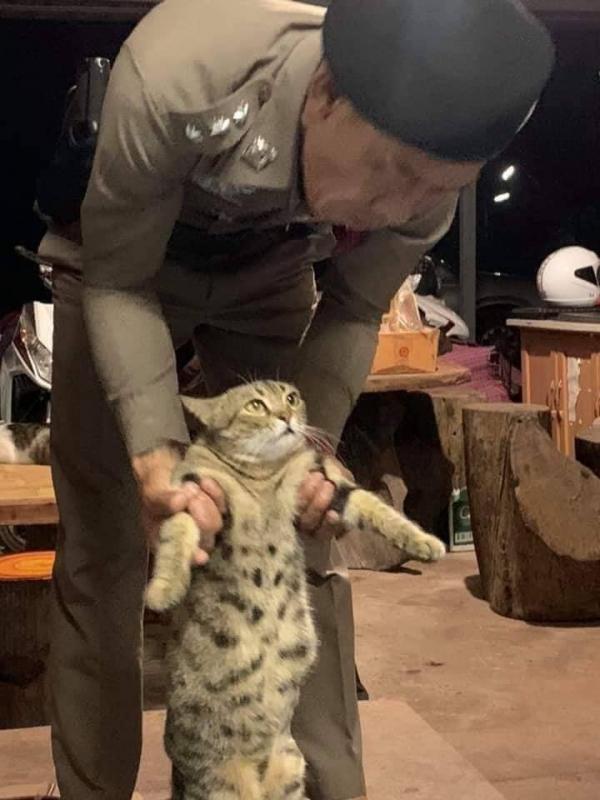 Curfew is serious business in Thailand, and police forces across the length and breadth of this southeast Asian nation are on the alert for violators. It’s not like they have much choice in the matter. Authorities who fail to strictly enforce the 10 p.m. to 4 a.m. nationwide curfew imposed by the Thai government on April 3rd could be charged with neglect of duty in violation of Section 157 of the Criminal Code.

The curfew law would appear to be fairly straightforward: don’t be caught outside between the hours of 10pm and 4am. That said, it didn’t take long for curfew-breakers to be caught, charged and penalized. Indeed, the wheels of Thai justice can move with surprisingly speed: on April 5th, a quartet of scofflaws in the town of Chai Nat were sentenced to 15 days in jail and fined 15,000 baht (about $460) each by the provincial court.

“This Isn’t CGI”: Video Of A Real-Life Creature Known As...

How much will traveling with my pet cost?
Back to
log in
×